Critically Acclaimed is a website of film and television criticism, dedicated to treating so-called "highbrow" and "lowbrow" movies with equal respect, and exploring the art of criticism itself. It is founded by Los-Angeles based film critics William Bibbiani and Witney Seibold, and it is also the official home of their two podcasts: Critically Acclaimed (new and classic movie reviews), and Canceled Too Soon (reviews of short-lived television series). 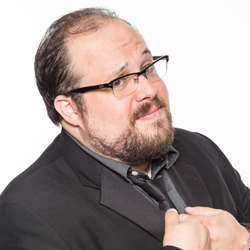 He has written for Coming Soon, Fangoria, CraveOnline, Blumhouse and The California Literary Review, and has been featured on KCRW's Press Play, What The Flick?! and The Movie Trivia Schmoedown, where he competes as "The Beast." He is also a member of the Los Angeles Online Film Critics Society. 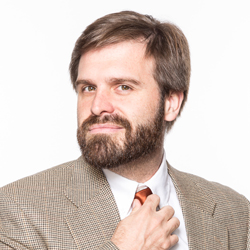 Witney Seibold currently writes for IGN. He is the co-host of Canceled Too Soon, a podcast about TV shows that lasted one season or less, and the co-host of Critically Acclaimed, a film review podcast on the Schmoes Know network. He has appeared regularly on KCRW's Press Play as a film critic and on KFWB as a film pundit. He is also a member of the Los Angeles Online Film Critics Society.

Witney Seibold began writing about films for his college newspaper, regularly taking up a lot of space with his intellectual ramblings. After college, he began writing for The Santa Monica Mirror, and NoHo>LA where he eventually became the film section editor. He wrote for the pop culture website Geekscape until, in 2011, he became a regular contributor to CraveOnline (now called Mandatory), where he co-hosted The B-Movies Podcast, a review show for many years.

He has also worked as the head film critic for Nerdist, contributed regularly to The Village's Voice's genre-based counterpart The Robot's Voice, and reviewed films for Movies.com, the pop culture feminist webiste Legion of Leia, and The Wrap.

He currently lives in West L.A. with his wife and adorable young son.