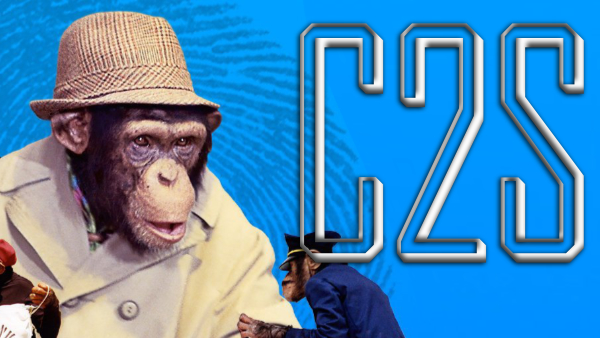 The year was 1970, and one of the most expensive television shows in the world was LANCELOT LINK: SECRET CHIMP, a spy spoof for children, starring real chimpanzees as secret agents and their offensively stereotyped roster of villains!

Who the heck was this show made for? Why the heck is it so bad? Is it really the worst live-action tv series we've ever reviewed? And was it... CANCELED TOO SOON?

William Bibbiani and Witney Seibold are about to answer all these questions and more!

Posted by William Bibbiani at 3:56 PM