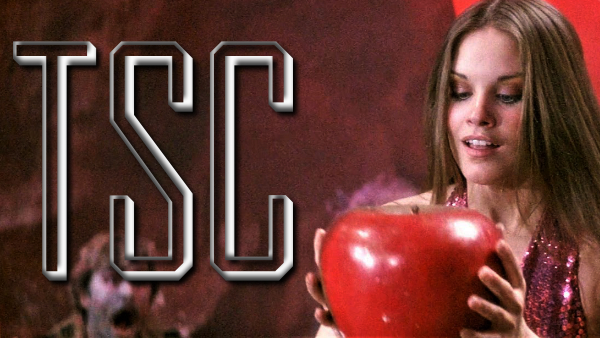 This week on THE STREAMING CLUB, Bibbs and Witney pluck out THE APPLE, a cult classic movie musical from 1980, about a pair of idealistic musicians who get sucked into a hellish disco/new wave nightmare hellscape of sex, drugs and rock and roll!

THE APPLE premiered to boos and vandalized movie theaters, but now it's got a reputation as a charmingly weird relic of a bygone era. But how good is it, REALLY?

Posted by William Bibbiani at 11:32 AM