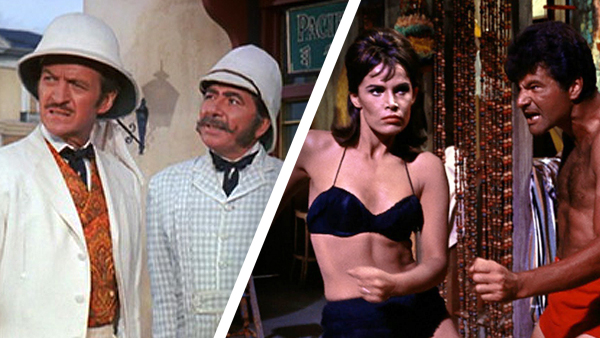 When people talk about the worst Best Picture winners in history, they usually talk about the airy epic "Around the World in 80 Days," a star-studded globetrotting adventure that someone won the Academy Award over classics like "The King and I," "The Ten Commandments" and "Giant." Is it really as bad as you've heard? And why is it the perfect double feature with the wacky comedy classic "It's a Mad, Mad, Mad, Mad World?"


Top Photos: United Artists
Posted by William Bibbiani at 11:33 AM