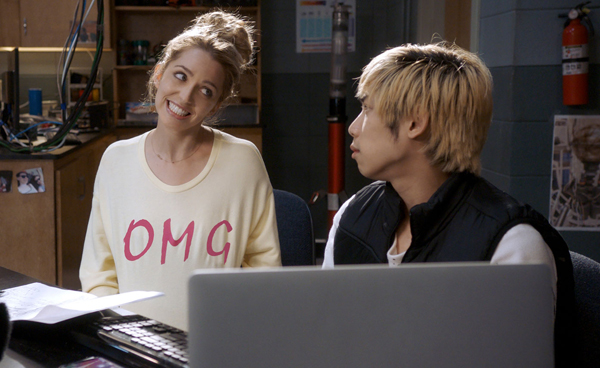 The unexpectedly clever smash hit slasher-comedy-"Groundhog Day" riff "Happy Death Day" has a sequel, and it's even more twisty-and-turny than the original. Jessica Rothe returns as sorority student Tree, who finally escapes a time loop in which every time she got murdered (on her birthday no less) she woke up earlier that morning, and had to live the same day over again. In the sequel she's rocketed back into a similar situation, but under very different circumstances.

In his review of "Happy Death Day 2U" at The Wrap, William Bibbiani calls the film an "ambitious and witty sci-fi treatise on alternate realities and the cinematic significance of personal growth in sequels," and praises writer/director Christopher Landon for defiantly changing the franchise's genre.


Photo Credit: Universal Pictures
Posted by William Bibbiani at 10:12 AM