Critically Acclaimed #70: 'Captain Marvel,' 'The Kid,' 'Gloria Bell' and the Myths of Relatability 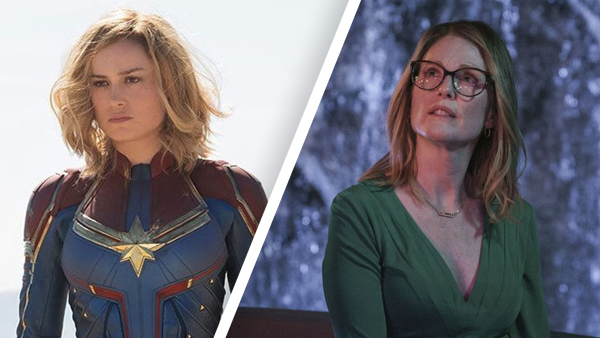 Some people in Hollywood and the fanbase at large think characters need to be "relatable" in order to connect to us, but what the heck does "relatable" even mean? And what about all the beloved characters in movies, television and literature that are evil as hell, but who we love anyway? Does "relatability" mean anything, and if so... does it even matter?

This week on CRITICALLY ACCLAIMED, film critics William Bibbiani and Witney Seibold have a long debate about what some fans really mean when they criticize films like "Captain Marvel," and what it means when they use buzzwords but don't look deeper at the greater context of cinema.

Plus, Bibbs and Witney review "Captain Marvel," as well as the new indie releases "Gloria Bell" and "The Kid!"

Posted by William Bibbiani at 6:48 PM