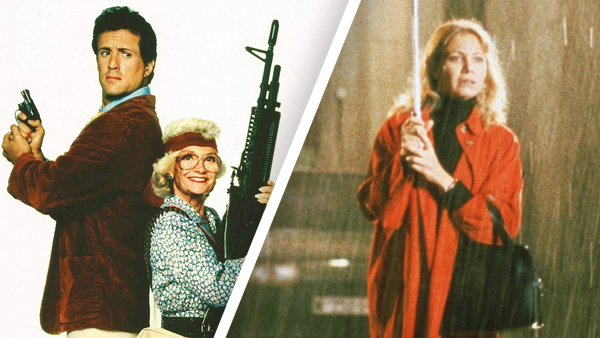 Sylvester Stallone has had one of the most impressive and, sometimes, embarrassing careers in Hollywood history. But there's no film that's more embarrassing in Sly's IMDb listing than the silly comedy "Stop! Or My Mom Will Shoot," which pairs the muscly tough guy with Estelle Getty from "Golden Girls," as she humiliates him on every corner of Los Angeles with her overbearing mom gags.

It's considered one of the worst movies of the 1990s, but is it possible that "Stop! Or My Mom Will Shoot" is actually... good? Or at least not indefensible? And why they heck is it the perfect double feature with Pedro Almodovar's Oscar-winning 1999 classic "All About My Mother?"

You'll find out in the first episode of the CRITICALLY ACCLAIMED podcast spin-off, THE TWO-SHOT! Every week, film critics William Bibbiani and Witney Seibold review one of the most notorious movies ever made and find a bonafide classic motion picture that strikes a powerful comparison or contrast!

Head on over to the Critically Acclaimed/Canceled Too Soon Facebook page to suggest topics for future episodes, and follow us on Twitter at @CriticAcclaim to vote in our weekly polls and force Bibbs and Witney watch the bad movies YOU want them to watch!