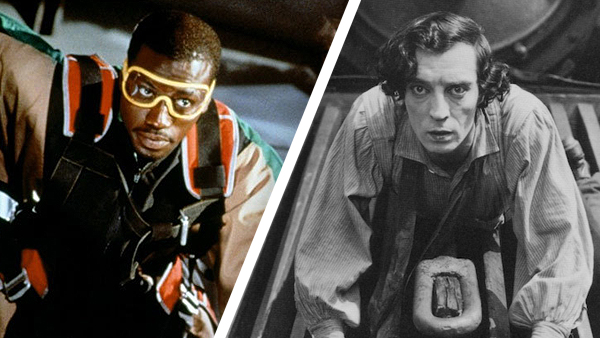 In the 1990s, you were EXTREME or you were NOTHING, and John Badham's skydiving action-thriller "Drop Zone" was definitely something. Wesley Snipes stars as a U.S. Marshal who has to learn extreme sports from Yancy Butler in order to stop an evil Gary Busey from parachuting Michael Jeter into computer labs?

What the heck kind of movie is that, and why is it the perfect double feature with Buster Keaton's silent Civil War comedy classic, "The General?

You'll find out in this week's CRITICALLY ACCLAIMED! You'll also find out how our podcast is evolving - into TWO separate shows - and what film critics William Bibbiani and Witney Seibold think about Steven Spielberg's proposed rule changes to the Oscars, which would eliminate Netflix Originals from the running.

Plus, you get reviews of the new releases "Greta," "Climax" and "Transit!" Isn't that cool?

Head on over to the Critically Acclaimed/Canceled Too Soon Facebook page to suggest topics for next week's episode, follow us on Twitter at @CriticAcclaim to vote in our weekly polls and force Bibbs and Witney watch the bad movies YOU want them to watch!