The Two-Shot | Kazaam and The Man Who Fell to Earth! 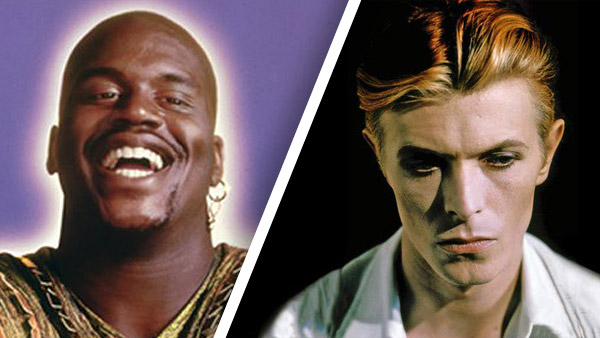 The 90s were a hell of a decade for Shaquille O'Neal, who ruled the basketball courts, had his own rap career, invented a new kind of martial arts and played a magical genie in the embarrassing kids flick KAZAAM!

On the latest episode of THE TWO-SHOT, film critics William Bibbiani and Witney Seibold release "Kazaam" from its magical boombox and reveal why, in a bizarre twist of fate, it's the perfect double feature for Nicolas Roeg's experimental sci-fi classic THE MAN WHO FELL TO EARTH, starring the late David Bowie!