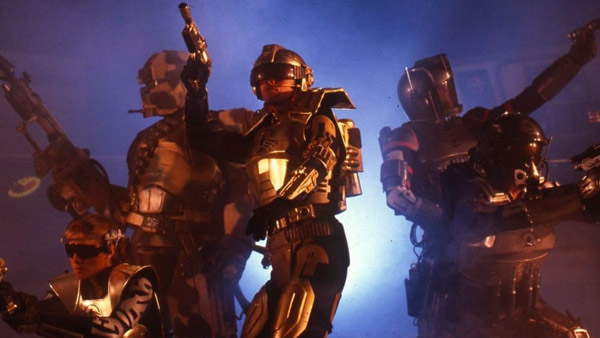 It was big, it was exciting, it was extremely controversial for its violence and its marketing ploys. Was CAPTAIN POWER AND THE SOLDIERS OF THE FUTURE justly canceled, or was it... CANCELED TOO SOON?

William Bibbiani and Witney Seibold explore the short-lived cult series to determine if it was good enough to warrant the second season that fans have been demanding for decades!

Top Photos: Landmark
Posted by William Bibbiani at 9:05 AM