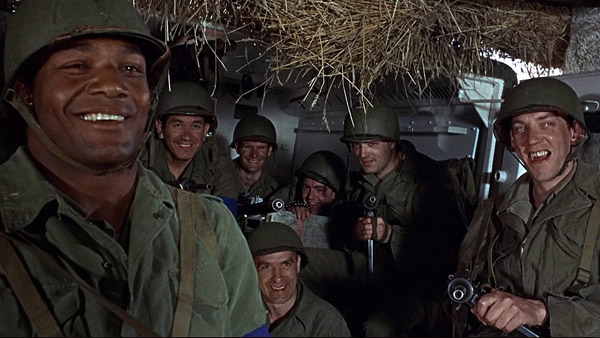 This week on EPISODE ZERO they enlist Robert Aldrich's rowdy and violent World War II "men on a mission" classic THE DIRTY DOZEN, a film that helped inspire ROGUE ONE: A STAR WARS STORY's updated perspective on intergalactic conflicts, and its comparatively brutal approach to heroic sacrifice!

Give it a listen!
Email us at letters@criticallyacclaimed.net and follow your hosts on Twitter at @WilliamBibbiani and @WitneySeibold! And subscribe to the Critically Acclaimed Patreon for more, exclusive podcasts!

Top Photos: MGM
Posted by William Bibbiani at 11:06 AM