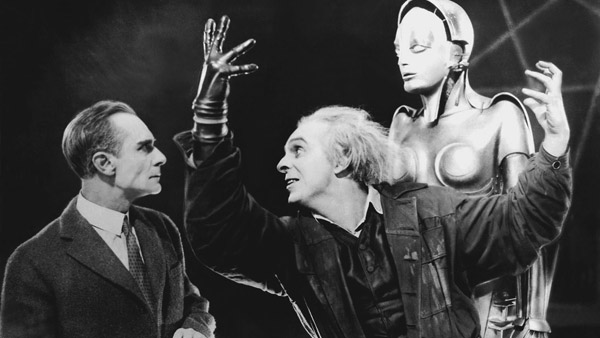 This week on EPISODE ZERO they move into Fritz Lang's silent masterpiece METROPOLIS, which envisioned an unthinkable future full of class warfare, income disparity, unchecked industrialism, and corrupt capitalists running the government. In addition to its influential imagery of gigantic supercities, METROPOLIS also laid the foundation for every movie about robots - or, yes, even droids - that followed!

Top Photos: Kino/Lorber
Posted by William Bibbiani at 9:34 AM