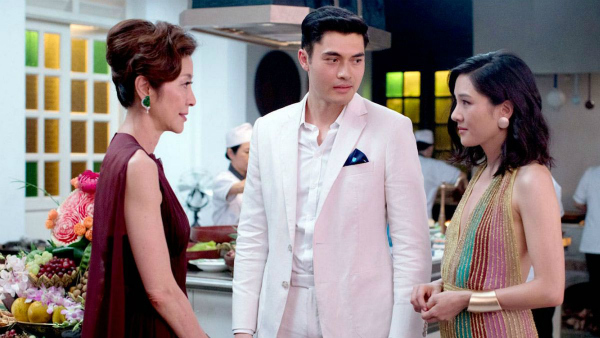 [The following article was sponsored and assigned by our Patreon subscriber Alexandra Mendez. To learn how to sponsor and assign articles to William Bibbiani and Witney Seibold for publication at Critically Acclaimed, visit our Patreon page.]

Trends, by definition, must come and go. Certain film genres, directing and editing styles, the careers of certain performers, they must wax and wane in the public consciousness like so many phases of the moon. And while the tides of popular opinion wash in and out, one thing remains frustratingly persistent: the endless string of online nostalgic thinkpieces, wistful essays, and halcyon retrospectives reminding us of the lost trends that have died in the recent past.

Whether or not the trends in question are, indeed, deceased – I can't tell you how many times some film wonk has dared to posit that horror is finally dead – said essays tend to crop up with a maddening regularity.

One common subject of such thinkpieces is that of the romantic comedy, and, just as quickly, its demise.

Many of the (presumably young) writers behind these pieces recall a time in the late 1980s and early 1990s when romantic comedies were big business at the box office – the age of “Moonstruck,” “Pretty Woman,” the John Hughes canon, “When Harry Met Sally,” “Sleepless in Seattle,” “My Best Friend's Wedding,” “Runaway Bride,” “Four Weddings and a Funeral,” “Notting Hill,” “While You Were Sleeping,” “Say Anything,” etc., etc., etc. – and who hasten to add that in the late 2010s, the genre seems to be a little thin on the ground.

When a film like “Set It Up” gets some mild critical acclaim, or that “Crazy Rich Asians” does boffo box office, it often serves as a reminder that the genre is not as ubiquitous as it was 20 to 30 years ago.
To quote Hunter S. Thompson: “So now, less than five years later, you can go up on a steep hill in Las Vegas and look West, and with the right kind of eyes you can almost see the high-water mark—that place where the wave finally broke and rolled back.”

Romantic comedies, in what might be considered a weird turn of events, began to split in the mid-2000s. One half began to skew more toward a male audience, largely thanks to the work of Judd Apatow, but we'll get to him in due course. Previously, the romantic comedy was popularly seen as a genre for women and women alone, even often being re-dubbed by critics and audiences alike as “chick flicks” (a term that has been mercifully euthanized).

It's certainly insulting to think that men have no interest in love and/or laughter – or, conversely, that women would have no interest in action and/or violence, the topics of “films for men” – but the divide was nonetheless sharply presented. What Apatow injected into the genre – with films like “The 40-Year-Old Virgin,” “Knocked Up,” and Nicholas Stoller's “Forgetting Sarah Marshall,” which he produced – was a modern male perspective on romance.

Men, as Apatow depicted them, were even more neurotic about love and relationship than their female counterparts and were, in turn, even more emotionally vulnerable. This emotional vulnerability crashed directly into their own sloth; as immature men, Apatow protagonists initially feel that relationships should calcify as a matter of course. But they require constant interaction with one's beloved. And mutual growth, along with an open acknowledgment of one's flaws, was now expected. In short, Apatow films were about the male ego, eagerly licking its wounds.

The other half of the romantic audience in the late 2000s belonged to the “Twilight” generation. “Twilight,” based on the novels by Stephenie Meyer, was the story of a teenage girl who falls in love with an impossibly handsome classmate, only to later learn that he is a vampire. A vampire who is hopelessly devoted to her, will do anything for her, and who wants to be with her forever. Their relationship is whole the moment they lock eyes, and the only complications come from outside (Volturi, werewolves, etc. begin to interfere).

Although a massive cultural steamroller at the time, “Twilight” has not persisted in the same way that, say, Harry Potter has. And that's likely because Harry Potter is a fantasy that appeals to anyone who has ever been of any school age, while “Twilight” is about a very specific time and mindset; that of the 14-year-old girl.
As such, romances “for women,” became far more earnest. Love, “Twilight” argued, was no laughing matter. Meyer's quartet was a series that argued for an idealized version of romance, but as you imagined it when you were in junior high school. It really will be as intense as you imagine it to be, and it really will last forever. Your boyfriend will slavishly imprint himself on you, change himself for you, and do everything he can to make sure his Adonis-like body is close to yours. It was a romantic fantasy, made all the more indulgent because of the inclusion of fantasy creatures.

“Twilight” assured that film romances for the following decade would involve teenage protagonists, and would be shockingly serious (this wave included great films such as “The Spectacular Now” and “Blue is the Warmest Color,” okay ones like “The Fault in Our Stars” and “Paper Towns,” and a lot of awful ones like, say, “Beastly” or “LOL”).

Also connected was the 2000s Nicholas Sparks canon, an animal unto itself. These were films that have had all their levity surgically removed and replaced with maple syrup.

So here in 2018, it seems that high-profile romances have passed out of the public eye, maybe because of these two conflicting evolutions. On the one hand, you have a genre of romances about suburban men settling into their new cultural role as “receivers” of romance where they had previously been charmers and aggressors (which is, of course, a reflection of actual evolving social roles). On the other hand, you have overwhelmingly serious romances wherein young women were permitted to believe that the rush of first love will remain indefinitely. One deconstructs the male's role in romance, the other builds up the woman's fantasy.
These two parallel notions perhaps left studios skittish about an earnest return to the lighthearted romps of the '90s. The genre had, perhaps, become something too different. Was a bright, female-led romantic comedy about falling in love in a sitcom-type situation too old-fashioned for modern audiences?

Well, yes. But then the romantic comedies of the 1990s were also old-fashioned. And we don't even have to look to the enjoyable romantic comedies of Billy Wilder, the '30s and '40s romances of Ernst Lubitsch and Preston Sturges, or the musicals of Fred Astaire and Ginger Rogers. We can look beyond the cinema. Lighthearted romances with comedic endings (i.e. they end with a wedding) are a theatrical genre that goes back literally centuries, finding its origins in Commedia del Arte in the 15th century. Even before Shakespeare popularized the conventions in the English-speaking world, Italian playwrights were setting down the tropes and stock characters of romantic comedies in a fashion that would remain largely unchanged for centuries. Look at a list of Commedia characters, then watch an Astaire/Rogers film, then watch “You've Got Mail.” The line connecting all these things remains sharply drawn.

If you want to take it even further, once can read plays by Plautus or Terrence or any number of Roman playwrights to see how romantic comedies originated. Although the Commedia plays more strongly resemble modern cinematic tropes.

So, yes, '90s-style romantic comedies are old fashioned, but that was always kind of the point. We, as writers, as audiences, as a storytelling species, keep returning to a very specific flavor of comedic love because it fulfills something primal in us. It fulfills our romantic and sexual fantasies. It scratches our itch to see young lovers overcome hardships. It gives us the idea that love will improve our lives and marrying/coupling will complete us, or at least temporarily elevate us.
Like horror, the romantic comedy will never truly die. Because we, as humans, will always recognize it. The genre will change depending on social norms, of course, and views of sex and love are always changing, improving, regressing, moving forward, altering themselves to fit evolving conceptions. But we'll always want it, and we'll always settle back into a norm. So if you miss the romcoms of the '90s, and feel that the genre isn't as “big” as it once was, just take a long view, remain patient, and wait for the return. Because it will always return.

Top Image: Warner Bros.
Posted by Witney Seibold at 10:15 AM