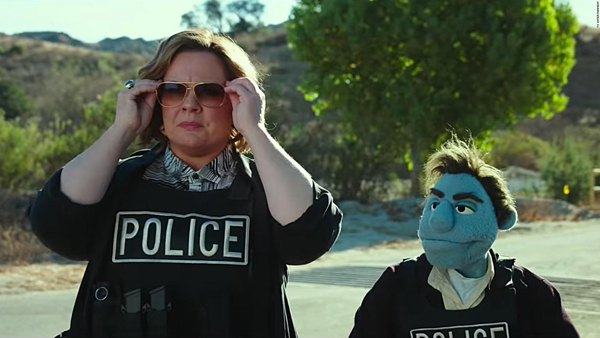 Bill Barretta and Melissa McCarthy star in "The Happytime Murders," a raunchy, comedic film noir about a series of brutal murders in a Hollywood where puppets and human beings live side-by-side. Brian Henson ("Muppet Treasure Island") directs this R-rated film, in the vein of "Alien Nation" and "Who Framed Roger Rabbit," which depicts fantastical creatures as second-class citizens in a cruel, corrupt, human world.

In his review at IGN, William Bibbiani says "The Happytime Murders" is "a punch in the nose to everyone - inside and outside of the entertainment industry - who thinks puppeteering isn't a serious art form," and praises the film's raunchy presentation for illustrating, via extremes, "that puppets - and by extension, puppeteers - are complex, flawed and even tragic people."