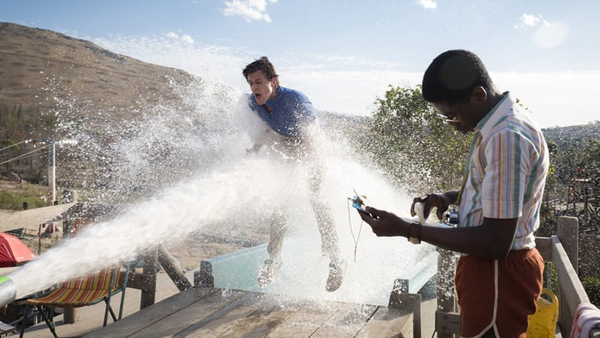 Tim Kirkby's "Action Point" is based on the real-life story of a notoriously unsafe amusement park, and stars Johnny Knoxville (of "Jackass" fame) as the owner of the establishment. Johnny Knoxville's particular brand of death-defying physical humor takes center stage as usual.

In his review, Witney Seibold says "Action Point" is "as shabby as its rides" and that Knoxville's performance as an old man looking back with fondness on the film's dangerous gags "may be his subtle way of acknowledging his own ebbing cultural significance."

Posted by Critically Acclaimed at 4:13 PM