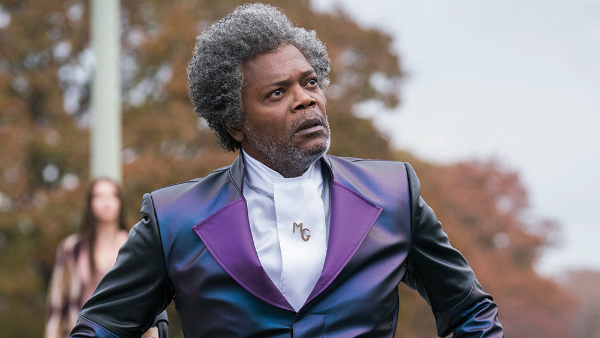 If I were the type to write “clever,” pun-filled headlines, the banner above this review would read “GLASS Shatters Expectations; Disappoints.” Luckily for you, dear reader, I am not that type of critic.

M. Night Shyamalan may be one of the most hotly contested filmmakers in the pop firmament. After becoming a cinema darling in the late 1990s and early 2000s, he lost pretty much all of his goodwill after a series of bonkers, navel-gazing, self-indulgent thrillers like “The Village” and “Lady in the Water.” The many fans of the animated series “Avatar: The Last Airbender” were incensed over his shabby live-action film adaptation, and “The Happening” is widely maligned (I would say wrongly) for its weird ideas. It wasn't until “The Visit” that audiences began coming around again. And while Shyamalan's name has, over the course of the decade, become an online buzzword for nerd outrage, he can never be faulted for not having interesting ideas. His latest film, “Glass” is an unexpected two-in-one sequel to both 2016's “Split” and 2000's “Unbreakable,” and it is all too eager to explore and expand the strange and ambitious ideas presented in both.

It's just a pity that Shyamalan's ideas were presented in such a wholly shabby film. “Glass,” in its efforts to convey profound notions of outsider-hood, hope, and how the world needs heroes in order to be inspired, openly flounders under its own minuscule budget. Often a lack of resources can force a filmmaker to be innovative, and Shyamalan himself frequently excels when working under financial duress; his smaller films are typically better than his “bigger” ones. But with “Glass” something feels... off. Like principal photography wasn't yet complete upon its release. The characters played by great actors like Sarah Paulson (as a shrink seeking to cure delusions) and Samuel L. Jackson (reprising his role from “Unbreakable”) are often presented from behind or in silhouette, their dialogue clearly inserted after the fact.


Indeed, Bruce Willis (also reprising his role from “Unbreakable”) seems to be noticeably absent from many of his own scenes. His face is often covered by a parka, and his character is never seen running or even walking quickly. His character, David Dunn, is an imprisoned blue collar vigilante who can lift enormous weights, but who weakens when wet. In order to keep him in check, his asylum psychiatrist blasts him with hoses installed in the walls of his cell. Curious that Dunn would spit out a huge mouthful of water post-blast, but have no water at all on his skin or clothes.

In “Glass,” David Dunn, Elijah Price a.k.a. Mr. Glass (Jackson), and Kevin Wendell Crumb a.k.a. The Horde (James McAvoy, reprising his 24-personalities-in-one role from “Split”) have been rounded up and placed in a mental institution by an ambitious shrink named Dr. Staple (Paulsen), who hopes to explore their particular and shared psychiatric delusion that they are real-life superheroes and/or supervillains. They each have legitimate mental health issues that can be addressed using conventional treatments (Dunn is depressive, Price is a psychopath, Crumb has dissociative identity disorder), but Dr. Staple is determined to convince them, first, that they are not superbeings. This leads to a few tantalizing but ultimately incomplete scenes wherein Dunn begins to question his entire existence. There are also small roles for Anya Taylor Joy and Spencer Treat Clark from “Split” and “Unbreakable” respectively.


But this is not David Dunn's story, it's Elijah's. “Glass” is more or less a roundabout validation of Elijah's thesis that superbeings are real and need to be made public. That these notions come from the film's ostensible villain should lead to a complex philosophical reckoning or at least some sort of fascinating ideological debate. But, like the filmmaking, the ideas in "Glass" are presented in a rushed, haphazard fashion, never gaining intellectual traction. At least within this shabby misfire, we are treated to a healthy heaping of James McAvoy who gleefully roulettes through his 24 personalities with astonishing aplomb. As a showcase for McAvoy's theatrical chops, “Glass” can serve as a glorious demo reel.

But ultimately we're left with unformed ideas in a film that doesn't feel like a finished product. Given the goodwill Shyamalan had built up with “The Visit” and “Split” – not to mention the sudden resurgence of appreciation for “Unbreakable” – this is a massive disappointment.


Shyamalan has always played with interesting ideas, even when his films don't necessarily work. He is interested in new visuals, strange designs, and stories that haven't been seen in a film before. With “Glass,” however, he needed to let his ideas germinate and his film to grow before making it. As we so often say with this director, maybe next time...