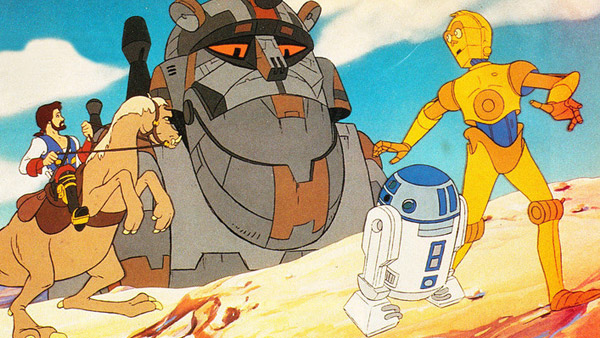 Not every STAR WARS was a blockbuster smash. The Saturday morning cartoon show STAR WARS: DROIDS, starring Anthony Daniels as C-3PO and R2-D2 as himself, only lasted one season, despite featuring huge cameos from popular characters like Boba Fett and IG-88, and tons of ideas, vehicles, planets and even podraces which would eventually turn up in the prequel trilogy!

It was co-created by Oscar-winning sound designer Ben Burtt, and featured a theme song by Stewart Copeland from The Police! That's pretty cool, so maybe - just maybe - STAR WARS: DROIDS was... CANCELED TOO SOON!

Film critics William Bibbiani and Witney Seibold take a trip to a galaxy far, far away to unearth this overlooked chapter in STAR WARS history, just before the premiere of their new STAR WARS podcast: EPISODE ZERO!