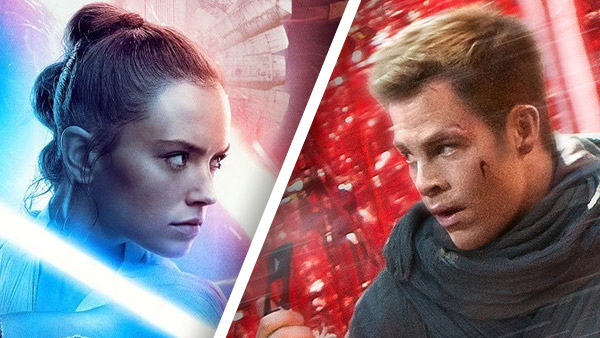 This week, Bibbs and Witney talk about whether the new STAR TREK franchise is better than the new STAR WARS franchise, whether a new category would fix the Oscars, if CAHIERS DU CINEMA was totally out of touch!

Top Photos: Paramount / Disney
Posted by William Bibbiani at 10:50 AM