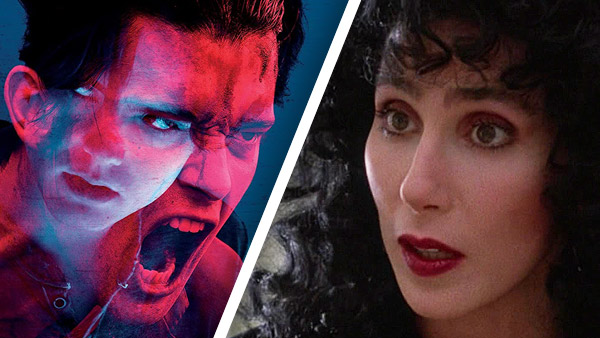 It's HUGE week for movies on CRITICALLY ACCLAIMED!

Film critics William Bibbiani and Witney Seibold explore tons of new streaming movies, including Shudder's horror film DANIEL ISN'T REAL, the Netflix documentaries CRIP CAMP and THERE'S SOMETHING IN THE WATER, the Netflix thriller THE DECLINE, and the Netflix comedy UNCORKED!
Also this week on CRITICALLY ACCLAIMED, we're celebrating the life and career of the late, legendary horror filmmaker STUART GORDON, director of cult classics like RE-ANIMATOR, FROM BEYOND and ROBOT JOX!
Plus, it's an all-new installment of THE CRITICALLY ACCLAIMED STREAMING CLUB, where we unearth great movies from streaming services and watch them together! This week it's Cher and Nicolas Cage in the Oscar-winning romantic comedy MOONSTRUCK!
Give it a listen!


Top Photos: Shudder / MGM
Posted by William Bibbiani at 9:36 AM