Your Critically Acclaimed | A Celebration of Queer Film! 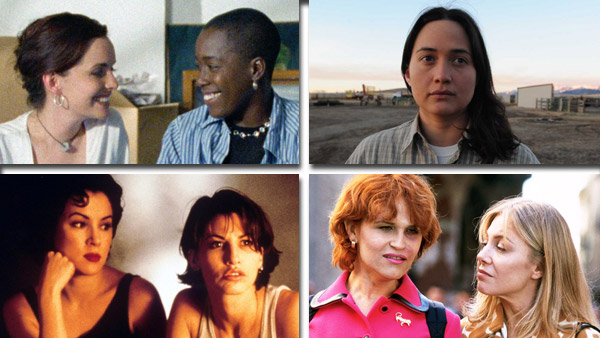 In this episode, film critics William Bibbiani and Witney Seibold are joined by their patron B Peterson, who wanted to to share - along with our hosts - some of the queer films that mean the most to them!
So join them as they all explore important films like WATERMELON WOMAN, CERTAIN WOMEN, BOUND, ALL ABOUT MY MOTHER and many, many more!
Follow B Peterson on LetterBoxd at BlueGreyCloset and Twitter at @BlueGreyCloset, and be sure to check out these other great podcasts B Peterson recommends: Citizen Dame, Linoleum Knife, Who Shot Ya, Bad Romance and Latinx Lens!

Follow your hosts on Twitter at @WilliamBibbiani and @WitneySeibold! And subscribe to the Critically Acclaimed Patreon for more, exclusive podcasts!
Head on over to the Critically Acclaimed/Canceled Too Soon Facebook to interact with other fans, and follow us on Twitter at @CriticAcclaim!
Top Photo: First Run Features / IFC Films /  Gramercy Pictures / Warner Sogefilms
Posted by William Bibbiani at 2:38 PM