Your Critically Acclaimed | The Films of Mel Brooks! 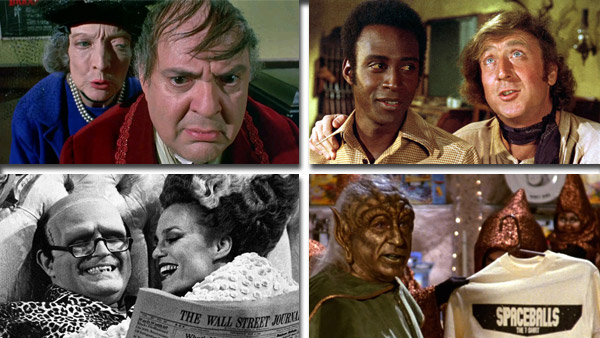 Our patrons have the power to sponsor an episode of CRITICALLY ACCLAIMED of their choice, and we're calling it YOUR CRITICALLY ACCLAIMED!
In this episode, film critics William Bibbiani and Witney Seibold are joined by their patron Samuel Shearer, who wanted to dedicate a whole podcast to Oscar-winning comedy filmmaker MEL BROOKS!
Join them as they explore classics (and not-so-classics) like THE PRODUCERS, BLAZING SADDLES, YOUNG FRANKENSTEIN, SPACEBALLS, LIFE STINKS and DRACULA: DEAD AND LOVING IT!

Follow your hosts on Twitter at @WilliamBibbiani and @WitneySeibold! And subscribe to the Critically Acclaimed Patreon for more, exclusive podcasts!
Head on over to the Critically Acclaimed/Canceled Too Soon Facebook to interact with other fans, and follow us on Twitter at @CriticAcclaim!
Top Photo: Embassy Pictures / Warner Bros. /  Fox / MGM
Posted by William Bibbiani at 12:26 PM