Critically Acclaimed #37: 'Movie 43' and 'Monty Python and the Holy Grail' 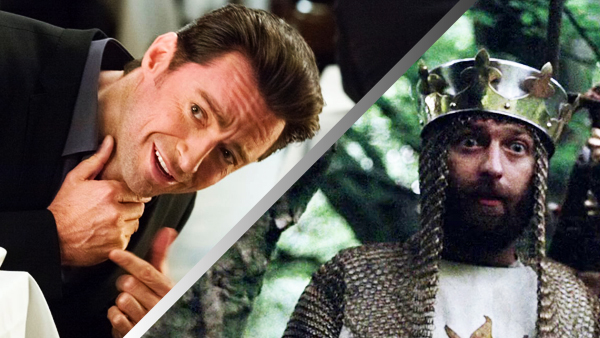 "Movie 43" stars Hugh Jackman, Kate Winslet, Halle Berry, Emma Stone, Terrence Howard, Chloe Grace Moretz, Dennis Quaid, Greg Kinnear, Chris Pratt, Anna Faris, Uma Thurman, Naomi Watts, Gerard Butler and - believe it or not - even MORE big Hollywood stars. And yet, this sketch comedy film is often called one of the worst movies ever made. So why is it the perfect double feature with the timeless comedy classic "Monty Python and the Holy Grail?"

Join William Bibbiani and Witney Seibold for the latest episode of Critically Acclaimed, as they tackle their latest good/bad double feature, and also review the new releases "The Equalizer 2," "Blindspotting," "Unfriended: Dark Web," and "Godzilla: City on the Edge of Battle."