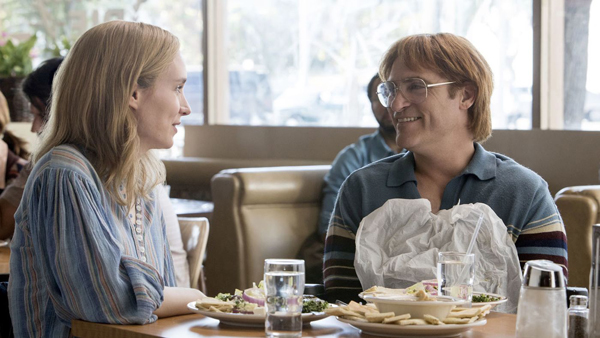 Joaquin Phoenix stars as disabled alcoholic cartoonist John Callahan in "Don't Worry, He Won't Get Far on Foot," a new biopic from director Gus Van Sant ("Good Will Hunting"). Jonah Hill and Rooney Mara co-star in a film that focus on Callahan coming to terms with his addiction and becoming an artist to articulate his frustrations with his life.