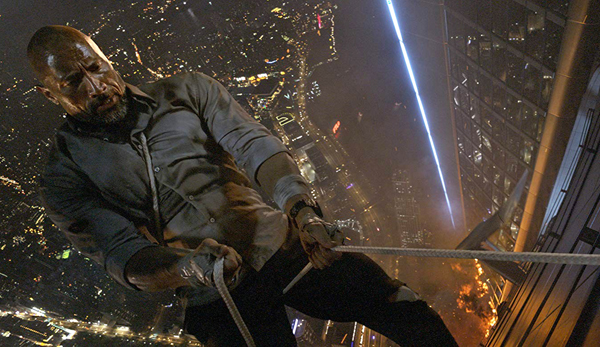 In his review at IGN, William Bibbiani says that "Skyscraper" takes place in "a parallel reality where action is its own reward," and praises it for being "gigantic and silly."

Top Photo: Universal Pictures
Posted by Critically Acclaimed at 10:48 AM