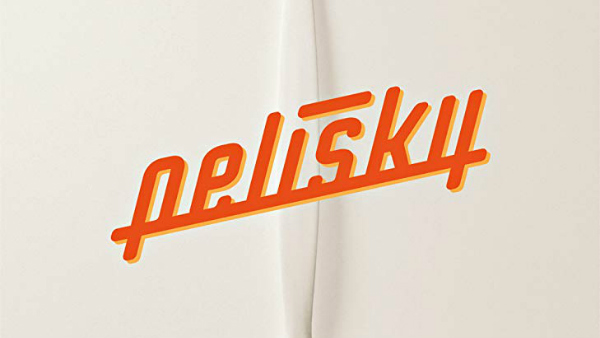 [The following article was sponsored and assigned by our Patreon subscriber Benjamin Pastor. To learn how to sponsor and assign articles to William Bibbiani and Witney Seibold for publication at Critically Acclaimed, visit our Patreon page.]

Jan Hřebejk's film “Pelíšky” (translated into English as “Cosy Dens”), is as twee as they come. Set in Prague in late 1967 – mere months before the Communist invasion of the city – “Pelíšky” takes place largely in the stiflingly ultra-clean, chintzy, Plasticine apartments of presumably average Czech citizens as they suffer through Christmas together.


The patriarchs of two different apartments celebrate by getting into tiffs about politics, and arguing over the strengths and weaknesses of Communism; The war veteran Mr. Kraus (Jiří Kodet) argues that the Bolsheviks will be ousted any day, while the cherubic Mr. Šebek (Miroslav Donutil) prefers to show off the wonders of Communist science by presenting his family with the glorious miracle of plastic spoons.

Their arguments of these two men, while possessed of lingering political weight (given the invasion that is about to occur), are seen as trifling and tiresome and even comically churlish by their teenage children, notably Michal Šebek (Michael Baran) and his sarcastic upstairs neighbor Jindřiška (Kristýna Nováková) for whom Michal desperately pines.

The teens of this universe are sealed off from the world of adults and they spend their time watching American and French movies, obsessing over shoes and fashion, and occasionally necking (Jindřiška, to Michal's dismay, has fallen in love with Eilen (Ondřej Brousek) who screens said movies, and who regularly gets care packages from his parents in America.


All of the amusing interpersonal drama on display in “Pelíšky” will be undone by the Communist invasion, and, as a coda, some characters will end up going missing. Those familiar with Czech history will know that this is fated.

Although I didn't live in the Czech Republish in 1999 when “Pelíšky” was made, I can sense that cultural attitudes among the youth may have been similar to the ones seen in America. The 1990s were a time of youthful sarcastic disaffection, and teens of the 1990s refused to take the adult world seriously (Gen-Xers were accused of being slackers more often than Millennials ever were).

The stone-faced incredulity of Michal and especially of Jindřiška reflect an Olympian detachment from the politics of the time, stressing that interpersonal problems superseded the dumb, flouncing histrionics of their foolish fathers. The cultural shifts of the 1990s seemed to be a global move away from traditions via dismissal and sarcasm rather than active revolution.


As such, “Pelíšky” has a similar feel to many other independent and international films that were landing Stateside in the late 1990s. It was a time to deconstruct the idealistic social orders of the previous generation, whether it be 1950s American post-War economic idealism or pre-Communist political bickering. It's a delightful, funny little drama that sheds a little light on a corner of the world that many American audiences may previously have been unfamiliar with.

This interpretation is coming with a big “however,” however. As someone who is ignorant of Czech cultural norms of the '60s and of the '90s – and who is not terribly familiar with Czech history beyond its broadest strokes – my view of “Pelíšky” as reflective of '90s American attitudes could be entirely off-base.

“Pelíšky” is, you see, so specific to the country in which it was made, finding an international audience must have been difficult. Although almost anyone can relate to the notion of being infatuated with a person who doesn't like you much or watching your parents have tiresome political arguments at holiday get-togethers, the social and political fabric are aggressively specific. As such, “Pelíšky” was not seen very widely outside of its home country. As far as I have been able to discover, “Pelíšky” didn't even play outside of festivals in the U.S.


This lack of international distribution, one may infer, could have been the result of skittish international distributors who felt that a film about Czech politics wouldn't play elsewhere. As a critic, I subscribe to the old adage that states if a story is more specific, the more universal it becomes. Cultural specificity helps audiences see the universality of humanity, aids them in recognizing themselves in someone they knew nothing about. Yes, one may need to do some reading to understand the background of a certain film like “Pelíšky,” but ultimately they may find themselves in unexpected places. This is why everyone needs to see international cinema.


Luckily, thanks to the dizzying modern world of near-random online streaming distribution, I was able to see “Pelíšky” (as “Cosy Dens”) as part of my Amazon Prime subscription. This seemed like dumb luck, and I'm happy that I was able to see it. Other films, however, may not be so lucky and might be relegated to screenings and DVDs in their home countries alone. Streaming services may slowly be democratizing international cinema, and the day may come when all films from all over the world will be accessed with ease. But until that day, we can at least celebrate when one stumbles into our field of vision.

Top Image: Česká televize
Posted by Witney Seibold at 9:00 AM