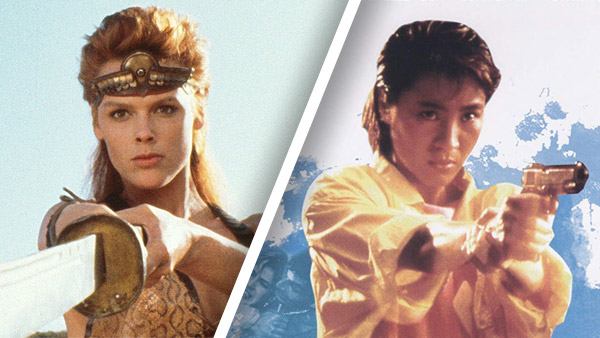 The first theatrically-released live-action Marvel feature film wasn't HOWARD THE DUCK! If you wanna get technical, it was RED SONJA, an adaptation of a character created for the CONAN THE BARBARIAN comic books, and unfortunately it's not considered very good. At all.

This week on THE TWO-SHOT, film critics William Bibbiani and Witney Seibold revisit this cult sword-and-sandal film starring Brigitte Nielsen and Arnold Schwarzenegger, and pair it with one of the most important action movies that many American audiences never saw: YES, MADAM!, the motion picture debut of action superstar Cynthia Rothrock and the first starring role for motion picture legend Michelle Yeoh!