The Two-Shot | Santa and the Ice Cream Bunny and Dead of Night! 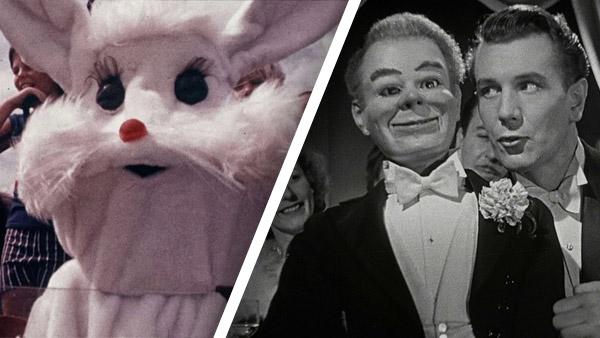 You may THINK you've seen the worst Christmas movie ever made, but you probably haven't seen SANTA AND THE ICE CREAM BUNNY.

This week on THE TWO-SHOT, film critics William Bibbiani and Witney Seibold watch this unbelievably cheap and off-putting family film about Santa Claus sweltering in the Florida sun and pushing around farm animals, while he tells little kids the story of Jack and the Beanstalk for no reason. It's a nightmare we tell you. A NIGHTMARE.