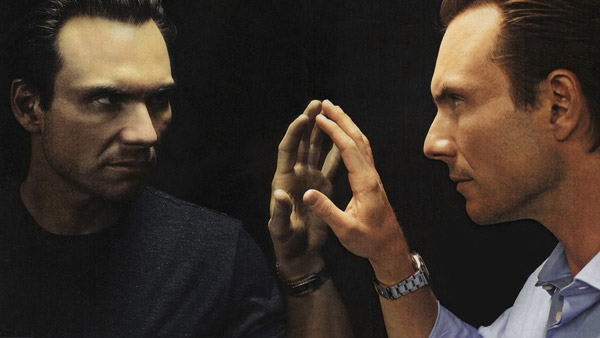 [NOTE: We apologize for the lower-quality audio in this episode.]

MY OWN WORST ENEMY is all about a secret super spy who has a microchip in his brain that activates an alter ego with no memory of saving the world, who has his own completely separate life in suburbia! But when the chip malfunctions and they have to share each other's lives, are either of them up to the task?

MY OWN WORST ENEMY may or may not be the best tv show based on a song by Lit, but was it... CANCELED TOO SOON? William Bibbiani and Witney Seibold explore this short-lived spy series with a twist in the latest episode, and figure out whether it's a great series about middle-aged power fantasies, or a bad series that gets trapped by its own internal logic.

Top Photos: NBC
Posted by William Bibbiani at 11:04 AM