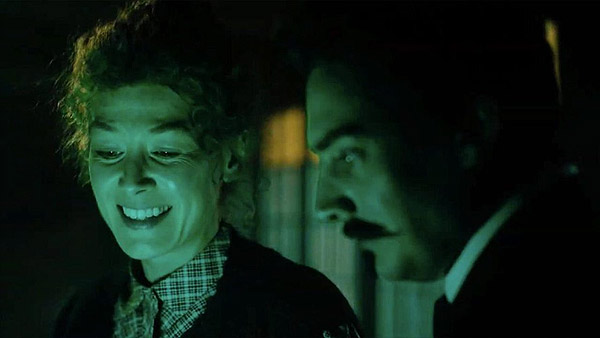 CRITICALLY ACCLAIMED may not be discovering new elements, but they sure are analyzing a whole lot of elements in new and classic films!

But first, they say goodbye to the Hollywood legends we lost this week: Olivia de Havilland, the star of THE HEIRESS and THE ADVENTURES OF ROBIN HOOD, and John Saxon, the star of A NIGHTMARE ON ELM STREET and ENTER THE DRAGON.

Also this week on THE CRITICALLY ACCLAIMED STREAMING CLUB, Bibbs and Witney finally catch up with one of the most controversial war movies of all time, THE DEER HUNTER! It's the film that changed the way Oscar campaigning worked forever, and introduced the world to one of the deadliest and most irresponsible games ever conceived.

Top Photos: Amazon
Posted by William Bibbiani at 10:11 AM