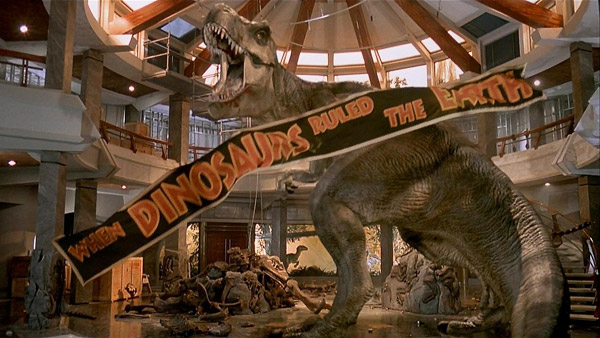 This week on EPISODE ZERO they sneak into Steven Spielberg's JURASSIC PARK, a blockbuster monster movie about genetically-engineered dinosaurs that run amok at eat people! George Lucas cited JURASSIC PARK as the film whose effects proved that his visions for the future of STAR WARS were possible, and it's also a bona fide classic in its own right.

Top Photos: Universal
Posted by William Bibbiani at 11:57 AM