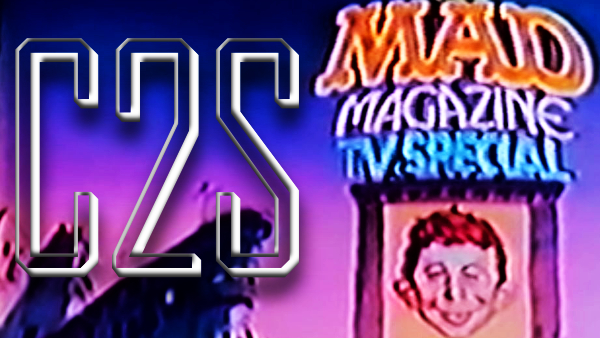 Decades before MAD TV became a hit live-action sketch comedy series, the beloved satirical magazine made a pilot episode for an animated sketch comedy series, which brought the cartoons from the pages to life!  It eventually aired as THE MAD MAGAZINE TV SPECIAL, and nobody seemed to notice.

Was the original version of MAD TV, made by "The Usual Gang of Idiots"... CANCELED TOO SOON?

William Bibbiani and Witney Seibold are about to find out!l

Posted by William Bibbiani at 11:27 AM