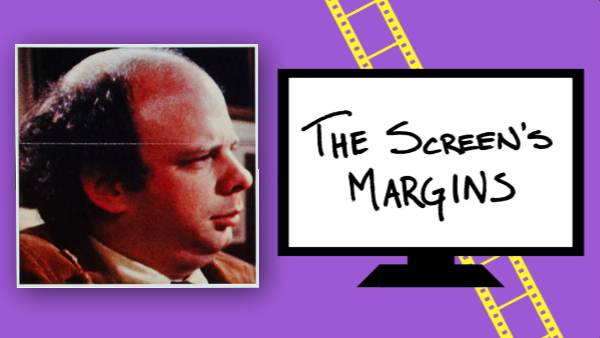 This week's guest host is B PETERSON, the founder of THE SCREEN'S MARGINS, a podcast network dedicated to cinematic voices that many other podcasts ignore!

The episode features interviews with great movie minds like ANNA CAMPION, MARK EDWARD HEUCK and HAROLD URTEAGA, and (after a short introduction by Bibbs and Witney) it's EXACTLY as long as MY DINNER WITH ANDRE. So it also works as a commentary track!

Subscribe to THE SCREEN'S MARGINS for new and classic movie reviews, join their Patreon at PATREON.COM/SCREENSMARGINS to get more exclusive shows, and follow the show on Twitter at @ScreensMargins!

Posted by William Bibbiani at 12:02 PM