The Two-Shot: Hansel & Gretel: Witch Hunters and The Love Witch! 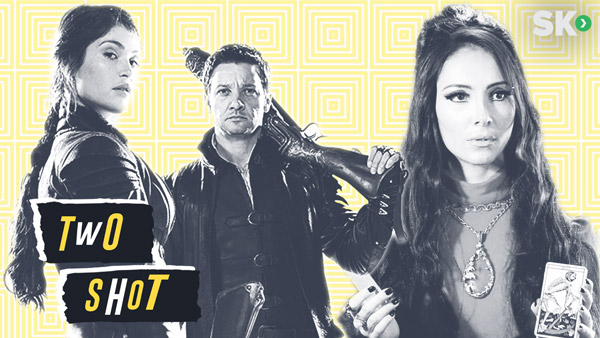 What if Hansel and Gretel were badass witch murderers with steam punk guns and snarky attitudes? You’d probably get something like HANSEL AND GRETEL: WITCH HUNTERS, starring Jeremy Renner and Gemma Arterton as ultraviolent action heroes.

Why did critics balk at this weird attempt to jumpstart an R-rated fantasy franchise, and why is it the perfect double feature with Anna Biller’s acclaimed horror comedy THE LOVE WITCH, about a young witch whose attempts to find love go horribly awry?

You’ll have to listen to THE TWO-SHOT to find out! Film critics William Bibbiani and Witney Seibold talk about the best and worst of cinema, every single week! And this week they’re joined by fellow critic Liz Shannon Miller!