The Two-Shot #9: Sgt. Pepper's Lonely Hearts Club Band and Phantom of the Paradise! 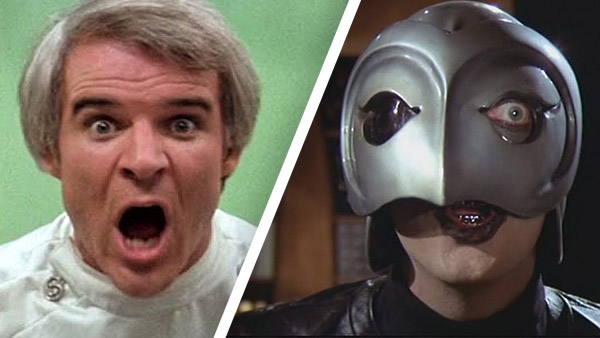 Everyone loves The Beatles, so why does nobody love the movie "Sgt. Pepper's Lonely Hearts Club Band?" It probably has something to do with the film's tedious story, forgettable cover songs and completely wasted all-star cast, which includes The Bee Gees, Peter Frampton, Alice Cooper, Aerosmith, Earth Wind and Fire, Steve Martin and George Burns!

But hey, at least it's the perfect double feature with Brian De Palma's passionately eccentric camp musical " Phantom of the Paradise," about a musician who sells his soul for rock and roll!

This week on THE TWO-SHOT, film critics William Bibbiani and Witney Seibold review one of the worst movie musicals ever made, and a film that deserves reputation - according to one of our critics, at least - as one of the best.

Posted by William Bibbiani at 10:06 AM