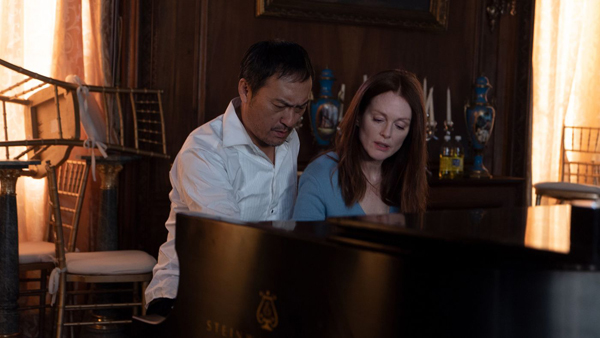 Terrorists take hostages in "Bel Canto," including an opera singer played by Julianne Moore and a businessman played by Ken Watanabe, and spend the next several months living with their abductees in strange isolation and forming unusual bonds. The new film, based on the novel by Anne Patchett, comes from director Paul Weitz ("Mozart in the Jungle").

In his review at The Wrap, William Bibbiani says "Bel Canto" makes "almost no impression whatsoever," and that the adaptation "can't quite back up its noble themes and competent performances."