Critically Acclaimed #43: 'The Flintstones' and 'Streets of Fire' 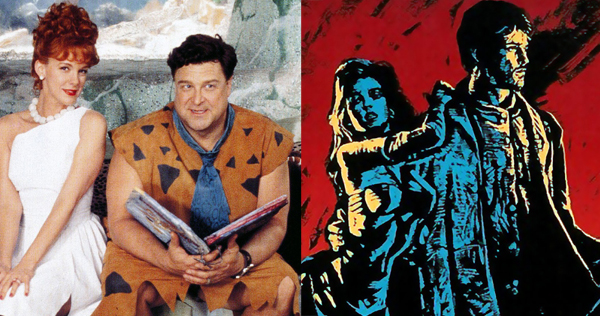 "The Flintstones" was a hit animated series about cave people whose lives eerily resembled the classic sitcom "The Honeymooners," and decades after it left the air, it became a blockbuster live-action movie starring John Goodman, Ric Moranis, Elizabeth Perkins, Rosie O'Donnell, Kyle MacLachlan, Halle Berry and Elizabeth Taylor. And it's awful. Just awful.

So why is the live-action version of "The Flintstones" the perfect double feature with Walter Hill's cult classic 1950s-themed rock and roll action thriller "Streets of Fire?" You'll just have to listen to this week's episode of Critically Acclaimed to find out!

Plus, new reviews of "Kin," "Let the Corpses Tan," "The Little Stranger," "Operation Finale" and "Searching," and more of your letters!