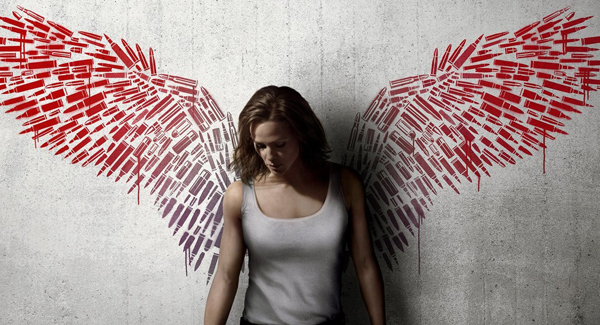 Over the course of the last decade, Jennifer Garner has played a doting, put-upon suburban mom in nearly a dozen films. Starting with “Juno” in 2007 – in which Garner played a woman desperate to have a baby – Garner has appeared time and time again as the capable matriarch of various families. In “The Odd Life of Timothy Green,” she dreamed up her ultimate child. In “Men, Women & Children,” she was an overprotective cyber-stalking mom. She went on to play similar mom characters in films like “Miracles from Heaven,” “Alexander and the Terrible, Horrible, No Good, Very Bad Day,” “Nine Lives,” “The Tribes of Palos Verdes,” and, most recently, “Love, Simon.” She even played the tragically lost wife of Jason Sudeikis' widower in “Mother's Day.”

When it comes to moms, Garner has run the gamut. This is a dramatic shift from her earlier action heroine days that included the TV series “Alias” and the maligned superhero flick “Elektra.”

With Pierre Morel's “Peppermint,” America's most prolific cinematic mom finally gets back to her roots in her very own ultra-violent vigilante thriller. And, just like many of the ultra-violent vigilante thrillers offered by her male contemporaries (most notably Liam Neeson, star of “Taken,” also directed by Morel), “Peppermint” is morally irresponsible to a wild degree, pretty chaotic, and plenty dumb. If you're tired of dumb thrillers featuring aging Hollywood men throwing punches at scowling bad guys half their age, here is a version of the same thing featuring a capable woman in her prime in the lead, but with all of the genre's glorious fatuousness intact.


Garner plays Riley North, a put-upon suburban mom with a 10-year-old daughter who, as we learn in an early scene, is low on her social totem pole. Riley manages a bank (how gauche!) and is loathed by her wealthier peers who dis-invite their children from attending Riley's daughter's birthday. There is nothing about Riley to suggest that she would become a knife-wielding, gun-toting, expert fist fighter, but lo that is what she becomes in response to her family's murder. Riley's husband was merely considering staging a heist on L.A.'s most powerful drug kingpin, and for that, he and his daughter are gunned down. Riley takes to the lam for five years, then returns to L.A. to enact a series of violent revenge sequences.

There is nothing fresh or flavorful about “Peppermint.” It's a rote and predictable revenge thriller with only a few capable action sequences, a few fleeting moments of exhilarating violence, and, it should be acknowledged, a pretty great action performance from Garner.

But otherwise, “Peppermint” plays its catharsis close to its chest. At the film's start, Riley is openly wronged by five different people; three assassins, a corrupt judge, and a shifty lawyer. Apart from the judge – and this is rather frustrating – the revenge killings take place offscreen. What's more, they are completed halfway through “Peppermint's” running time, leaving us with a full 45 minutes to witness the admittedly higher-octane but less emotionally involving confrontation between Garner and the aforementioned drug kingpin. It's as if we skipped ahead directly to “Peppermint 2,” wherein the filmmakers had to manufacture a new bad guy for the heroine to fight after the primary revenge had already been elicited. (See: “Taken 2,” “Death Wish 2,” etc.)

It's telling that “Peppermint's” most emotionally satisfying act of revenge comes when Riley cusses out a snooty rich rival mom who had previously dissed her.


The morality of vigilante films has always, by design, been a little hazy; a cinema vigilante is given the moral latitude to murder as many people as they like, so long as A) they were wronged, and B) their victims are “bad guys.” They provide a dark catharsis for the audience who want to see bad guys removed from the gene pool. “Peppermint” is not quite as morally irresponsible as some of its more outrageous forebears (I'm looking at you, “Commando”), but it still possesses a detectably icky undercurrent of misplaced self-righteousness.

While, yes, the drug dealers and shooters are all bad people, there was no sense that Riley had reached the end of her rope or that she had to turn to revenge after she had attempted several other avenues of justice – only the courts fail her. There is no rising sense of violence in her. She merely jumps straight to revenge, her husband and daughter effectively, to employ a stock critical phrase, fridged.

One may also notice that almost every one of the “bad guys” in “Peppermint” is a growling Latinx gangster with facial tattoos, white wife-beaters, and a propensity to shoot. I think it's well past time to retire certain racial stereotypes, don't you? A white woman murdering scads of Latinx people can feel rather unsavory.

The film's storytelling sloppiness and moral turpitude, however, can perhaps be easily dismissed by connoisseurs of the genre, who will likely find a good deal of exciting action in “Peppermint.” Jennifer Garner still makes for a convincing action hero, having lost none of her toughness in her decade of playing housebound mothers, and there is a certain thrill to seeing her fling knives and handle guns with the expertise of Ethan Hunt. Perhaps next time, she'll be paired with better material.