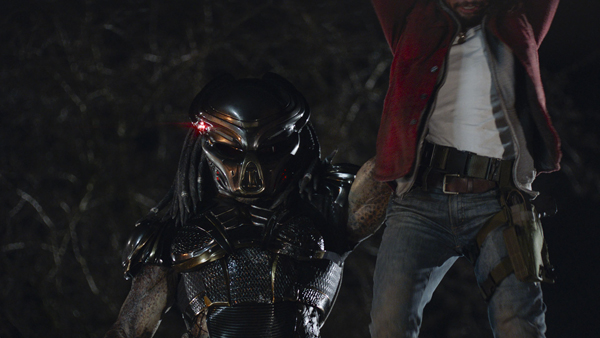 Predator is back, and this time it's got a "the." Shane Black, the director of "The Nice Guys," directs and co-writes the latest sci-fi/action/horror hybrid, with an alien hunter crash-landing on Earth, losing its precious cargo, and fighting a team of comic relief mentally ill soldiers to accomplish its mission. Boyd Holbrook ("Logan"), Olivia Munn ("The Newsroom"), Keegan-Michael Key ("Keanu"), Sterling K. Brown ("Hotel Artemis") and Jacob Tremblay ("Room") co-star.

In his review at The Wrap, William Bibbiani says "The Predator" is "the worst movie in the 'Predator' series that doesn't have 'Alien vs.' in the title," and critiques the film's shoddy editing, silly mythologizing, bizarre attitude towards mental illness and its disturbing treatment of co-star Olivia Munn.

Read: William Bibbiani Reviews "The Predator" at The Wrap