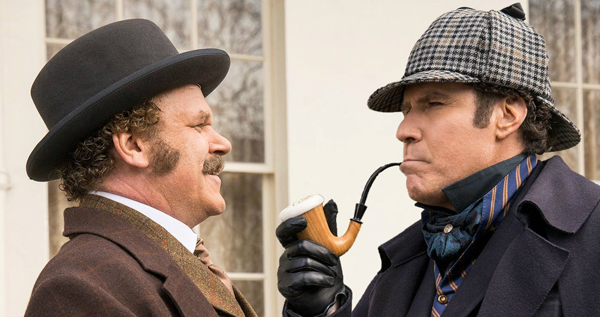 Will Ferrell and John C. Reilly, the stars of "Talladega Nights" and "Step Brothers," reunite for the first time in a decade in "Holmes and Watson," a broad spoof of the classic Sherlock Holmes character. In the film, Holmes (Ferrell) has to solve the diabolical mystery of a criminal mastermind - who may or may not be his arch-nemesis, Moriarty (Ralph Fiennes) - while negotiating his troubled bromance with his sidekick, Dr. Watson (Reilly). Ewan Cohen directs, Rebecca Hall and Kelly Macdonald co-star.

In his review at IGN, William Bibbiani says "Holmes and Watson" says "the lazy gags, wasted supporting cast and unfocused writing make the film an unfunny chore," and that it doesn't live up to the previous comedy outings of Ferrell and Reilly.