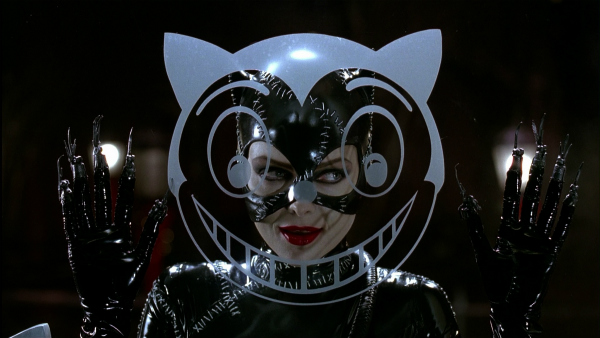 Since 2015, Witney Seibold has worked as a projectionist for the New Beverly Cinema in Los Angeles, CA. The New Beverly is a theater devoted to the preservation and pristine presentation of 35mm and 16mm film, celebrating century-old film technology as well as old-fashioned grindhouse theater experience with something approaching a religious reverence.

The New Beverly 'blog has attracted several high-profile writers and deep-cut film enthusiasts to contribute to its pages, and Witney has managed to work his way into its pages from time to time, writing about films that will play at the New Beverly.

This month, the New Beverly will be showing "Batman Returns," Tim Burton's dark, twisted, kinky revisitation of his 1989 mega-hit. In his essay for the NewBev, Witney talks about the film's weird designs, its celebration of outsider-hood, and the notion of putting a superhero in a noir universe, a place where heroes typically don't exist.