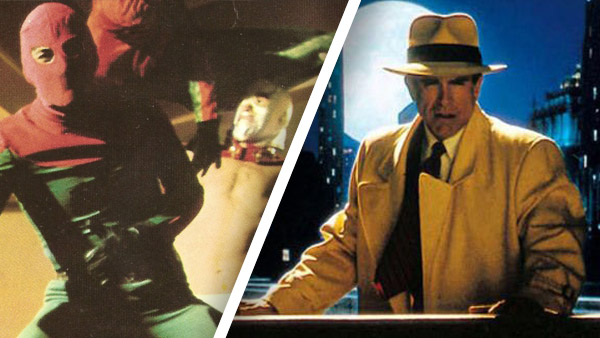 Most people don't know that the first live-action Spider-Man movie was made in 1973, in Turkey. That's because it wasn't official, it's never been released in America, and because it turned the friendly neighborhood wall crawler into a serial killer who also counterfeits money! It's 3 DEV ADAM, aka TURKISH SPIDER-MAN, and it also features Captain America and El Santo as the international team of superheroes enlisted to take Spidey down.

It's cheap, it's strange, it's got almost nothing to do with the characters we know and love. So why is it the perfect double feature with Warren Beatty's DICK TRACY, the Oscar-winning comics adaptation with an all-star cast, and one of the most painstakingly accurate translations of comic book panels to the screen in movie history?

You'll find out in this all-new episode of THE TWO-SHOT, featuring film critics William Bibbiani and Witney Seibold!


Top Right Photo: Touchstone
Posted by William Bibbiani at 10:21 AM