The Two-Shot: G-Force and Mystery Men! 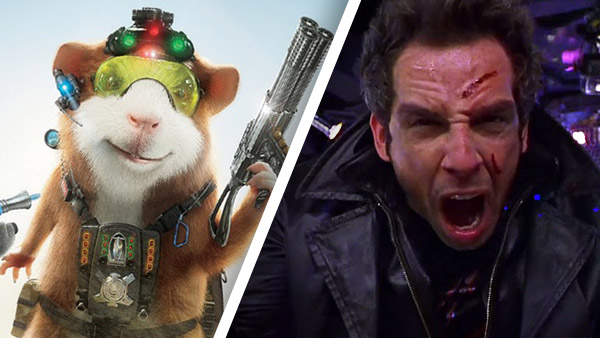 You asked us to review a movie in which Sam Rockwell, Penelope Cruz and Tracy Morgan play secret agent guinea pigs, and Nicolas Cage plays a secret agent mole, and that's just what we do on this week's episode of THE TWO-SHOT!

Is the live-action/CGI hybrid G-FORCE really as bad as it sounds? And why is it the perfect double feature for MYSTERY MEN, a superhero comedy that bombed in its initial release, only to be rediscovered over time as one of the best superhero comedies ever?

Film critics William Bibbiani and Witney Seibold are here to combine the best and the worst cinema has to offer, every week, on THE TWO-SHOT.


Top Photos: Disney / Universal
Posted by William Bibbiani at 10:10 AM