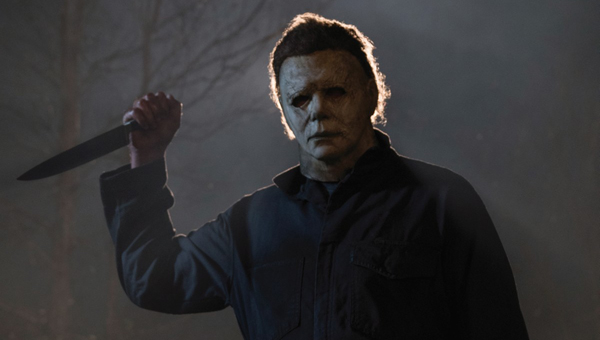 The long-awaited revival of the iconic "Halloween" slasher series is here! The new film stars Jamie Lee Curtis ("Halloween") as Laurie Strode, who has spent the last 40 years preparing herself for the return of the silent serial killer Michael Myers, and trying to protect her daughter Karen (Judy Greer) and her granddaughter Allysion (Andi Matichak). When Myers finally escapes, nobody is prepared for the onslaught of terror... except, of course, for Laurie.

In his review at The Wrap, William Bibbiani says the new "Halloween" features "glorious style" and "disturbing kills," but suffers from a "hopelessly contrived" storyline and "a forgettable supporting cast."


Top Photo: Universal Pictures
Posted by Critically Acclaimed at 10:36 AM