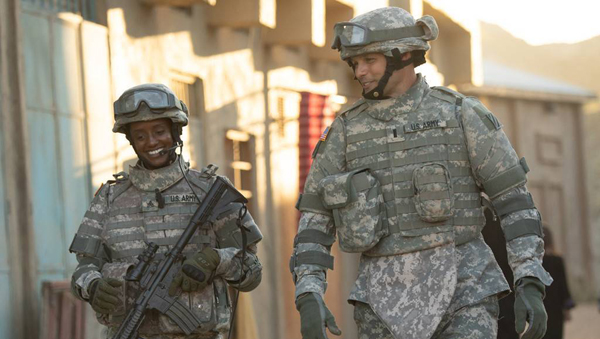 Justin Bruening and Sarah Drew star in "Indivisible," a biographic drama about U.S. Army Chaplain Darren Turner, and his wife Heather, as they struggled to support their fellow soldiers and their families during the Iraq War and nearly let themselves fall apart in the process.

In his review of "Indivisible" at The Wrap, William Bibbiani says "We probably need a film like this," and praises the film for its frank and thoughtful depiction of soldiers as "sensitive men and women with complex feelings who depend on each other for emotional support."