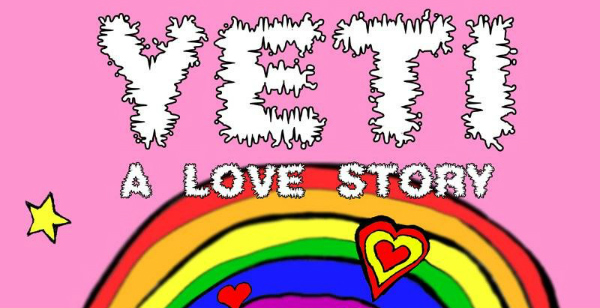 [The following article was sponsored and assigned by our Patreon subscriber Bob the Love Goat. To learn how to sponsor and assign articles to William Bibbiani and Witney Seibold for publication at Critically Acclaimed, visit our Patreon page.]

Back in the mid-to-late-1990s, during the crest of VHS culture, a casual B-movie enthusiast of straight-to-video schlock would be intimately familiar with the output of Troma. The New Jersey-based independent movie house gained a lot of cultural traction in those days with some of the most lurid, definitely some of the cheapest, and possibly the strangest films one could find. They were commonly emblazoned with weirdly musical titles like “Teenage Catgirls in Heat,” “Rabid Grannies,” “The Toxic Avenger,” “Killer Condom,” “Cannibal! The Musical,” and “Sgt. Kabukiman, NYPD.” The crown jewel of 1990s Troma was, to this critic's eye, “Tromeo and Juliet,” a bizarre dystopian take on Shakespeare's tragic romance, only with killer penis monsters, lesbian sex scenes, porn consumption, and Lemmy from Motörhead.

Since the 1990s, Troma has been canonized as an important cult house by fans of gore films, and the studio's co-founder, Lloyd Kaufman, is a regular installation at pop culture conventions; there's nothing he won't do to promote his movies. But even though they are well-regarded in 2018, Troma's output has ebbed in quality (if that was possible), skewing increasingly into the realm of hasty, murky digital photography and sloppier-than-ever filmmaking.


They always played fast and loose, and they frequently distributed zero-budget films by inexperienced filmmakers, but the spirit seems to have changed. I suppose in the era of YouTube-style self-promotion and aggressive DIY posturing, a haphazard self-made B-movie isn't going to have the same level of charm as I once did.

Case in point: 2006's “Yeti: A Love Story,” a terrible and silly little affair from filmmakers Adam Deyoe and Eric Gosselin. The film was shot in five days on a reported budget of $200. It's the kind of film that is based less on story, character, structure, or even a passion for cinema, and more on dumb in-jokes, “shocking” homophobic humor, and a bonkers improv storytelling style that may not be wholly compelling, but certainly keeps the viewer off-balance. Weirdly, it's when the film focuses on its titular romance that it actually begins to resemble the pet project of a nascent filmmaker with something on his mind.

The setup is familiar, even if the story is incomprehensible: Five college students have set out for a camping trip in New Hampshire, eager to have sex or, at the very least, make really horrid sexual comments to one another. There are accusatory statements about people's sexuality.

(Note to young filmmakers: Making your characters bickersome, toxic, and abrasive is not the same as making them rich or interesting.)

There is a queer twist, however: One of the sacrificial students (Adam Malamut) is spirited away into the woods by the Yeti (Curt Croner) where their sexual antics lead to a warm, romantic regard. Adam and the yeti frolic, exchange gifts and profess their love for one another. Well, Adam does. The Yeti doesn't speak and its face is a rubber mask. Some of Adam's dialogue about sexual realization is oddly earnest. Additionally, a character named Emily (Lauren Glascott) begins unexpectedly developing feelings for her friend Sally (Loren Mash), leading to a lesbian love montage of some sweetness and stunning awkwardness.

These queer subplots, however, are mixed up in a dizzying miasma of characters and plot lines that have all but vanished from my memory, even though I watched the film only a few days ago. There is a character named Sex Piss who is obsessed with fingering women. There is a church-sanctioned anti-yeti task force that recruits Emily to be their knight. There is a sideshow freak named Tentacle Boy which was, according to Wikipedia, inspired by a dream that one of the filmmakers had. These tertiary details feel like getting a second bucket of custard dumped over your head after you've already been coated in custard. Please ignore that last analogy.


It's also difficult to tell if “Yeti: A Love Story” is progressive or horrifyingly regressive. The central queer romances are presented frankly, as something genuinely romantic. True, one of the lovers is a yeti, but the same-sex canoodling is presented without prurience. Once one looks outside the romance scenes, however, one finds hatred and slurs smeared all over this thing. The filmmakers present gayness as something exotic and outside the norm; they exploit queerness for shock value. Such a tactic may have worked back when John Waters was making “Multiple Maniacs,” but here, it feels retrogressive at best and irresponsible at worst.


Suffice to say, I hated “Yeti: A Love Story.” Naturally; it's a hateable movie. It's shrill, messy, and not at all as funny as it thinks it is. There are, of course, ways to make more interesting exploitation films for only $200, and I welcome as many attempts as necessary. But perhaps write your script with wit, or employ friends with bigger personalities. Write funny jokes and witty dialogue; As my colleague William Bibbiani once said: "Good dialogue doesn't cost extra."