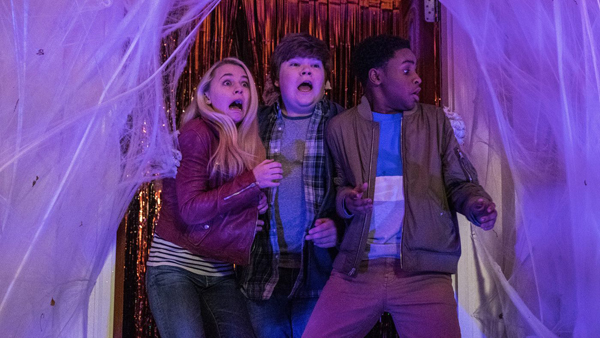 Slappy the evil ventriloquist's dummy is back, and once again he's bringing R.L. Stine's monstrous creations to life in "Goosebumps 2: Haunted Halloween." The sequel to the 2015 hit family/horror hybrid stars Madison Iseman ("Still the King"), Jeremy Ray Taylor ("It") and Caleel White ("Castle Rock") as teenagers who have to defeat Slappy (voiced by Jack Black) and save Halloween from an invasion of scary creatures.

In his review at IGN, Witney Seibold says "there is a lot to admire" about "Goosebumps 2," but criticizes the film for being "impatient," and rushing past important storytelling elements in order to get to the plot.