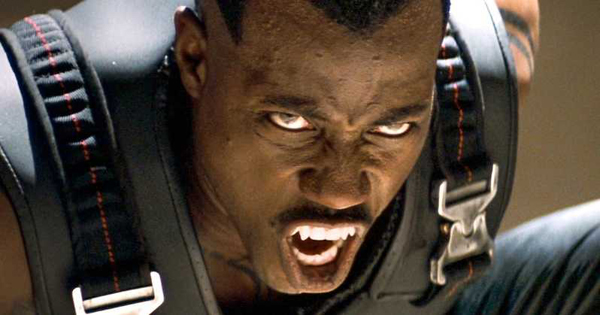 In 1998, the Marvel superhero movie "Blade" unexpectedly changed the world. A modest action/thriller, combining comic book tropes and horrifying monsters, proved that even the smallest superhero characters had blockbuster potential, kicking off a wave of Marvel comics adaptations which eventually gave birth to the megablockbuster MCU.

But how well does "Blade" hold up today? And what about its bizarre sequels, "Blade II" (directed by future Oscar winner Guillermo Del Toro) and "Blade Trinity" (co-starring Ryan Reynolds, years before "Green Lantern" or "Deadpool")?

We look back at the whole "Blade" movie franchise in the latest episode of our SCARYTOBER series! We also review the new releases "Goosebumps 2: Haunted Halloween," "Bad Times at the El Royale," "Beautiful Boy," "The Oath," "Apostle" and "22 July!"


Top Photo: Universal Pictures
Posted by Critically Acclaimed at 9:00 AM