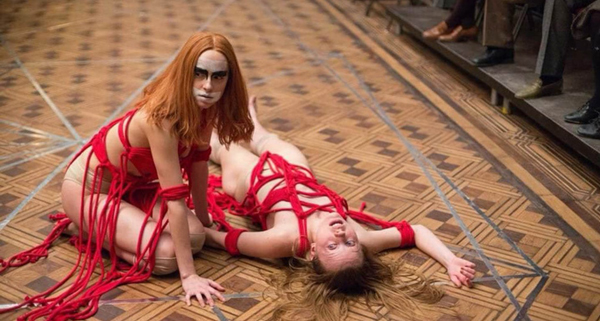 From Oscar-Nominated director Luca Guadagnino ("Call Me By Your Name") comes an unusual remake of one of the most unusual horror movies ever made. "Suspiria" stars Dakota Johnson ("Fifty Shades of Grey") as a young ballet dancer whose new company is led by a coven of witches, led by a mysterious demonic entity and the mysterious  Madame Blanc (Tilda Swinton). And somehow, it all relates to the political turmoil in Berlin in the 1970s.

In his review of the new "Suspiria" at IGN, William Bibbiani calls the film "an interesting intellectual exercise," commenting on the original while telling a new version of the story, but frustratingly lacking in scares.