The Nine-Shot: All the 'Planet of the Apes' Movies! 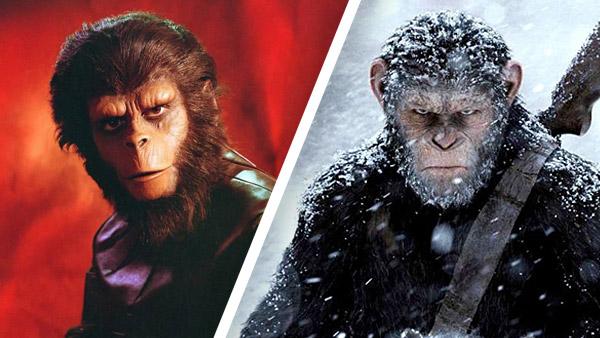 It's one of the most important and influential sci-fi movie franchises in history, but have you actually seen all nine of the "Planet of the Apes" movies?

On a very special episode of THE TWO-SHOT, film critics William Bibbiani and Witney Seibold review every single "Planet of the Apes" movie. From the groundbreaking, Oscar-winning original to its extremely weird sequels, to Tim Burton's notorious failed reboot, to the blockbuster visual effects extravaganzas starring Andy Serkis and a team of VFX artists and animators!

How do these films hold up? What does the original series have that the more popular reboots are lacking? And is the Burton film REALLY all that bad?

You'll have to listen to this week's episode of THE TWO-SHOT to find out!