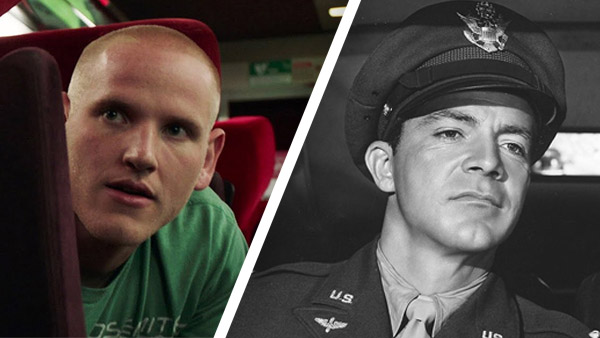 Clint Eastwood cast real-life heroes in "The 15:17 to Paris," a biographical film about the American friends who seemed fated to save the day when a terrorist strikes aboard a train in Europe. And yet critics balked, the mainstream audiences didn't go for it, and generally speaking - when it comes to the movie at least - most people didn't seem to care.

So why is "The 15:17 to Paris" the perfect double feature with "The Best Years of Our Lives," a 1946 drama made by and for real-life veterans, about the trials and tribulations that befell soldiers after they returned home from war? One film made no impression, while the other was a box office blockbuster that won the Academy Award for Best Picture.

Film critics William Bibbiani and Witney Seibold explore what makes one film work and another fall flat in the latest episode of THE TWO-SHOT!